Our Work in action!

The history of Black life in Clarksville remains largely ignored. But a new nonprofit aims to document that lost history, as well as preserve it.

is working with local schools and research groups at Austin Peay State University, Dunbar Cave State Park, and the Mt. Olive Preservation Society. The goal of the group is to create more historical markers and monuments that uncover the rich contribution of Black people in Clarksville.

Some of this history includes the 101st Colored Troops, which stationed their headquarters in Clarksville; Affricanna Town, which was an area near Dunbar Cave where freed slaves found community and refuge; and the Negro Agricultural Fair, which was held close to where the Dunn Center at APSU is today.

For several years, historian Jackie Collins has spearheaded most of the effort to create local historical markers, including at Burt School, at Bailey Cobb Elementary School, for baseball player Steve Wylie, and at St. John Missionary Baptist Church. 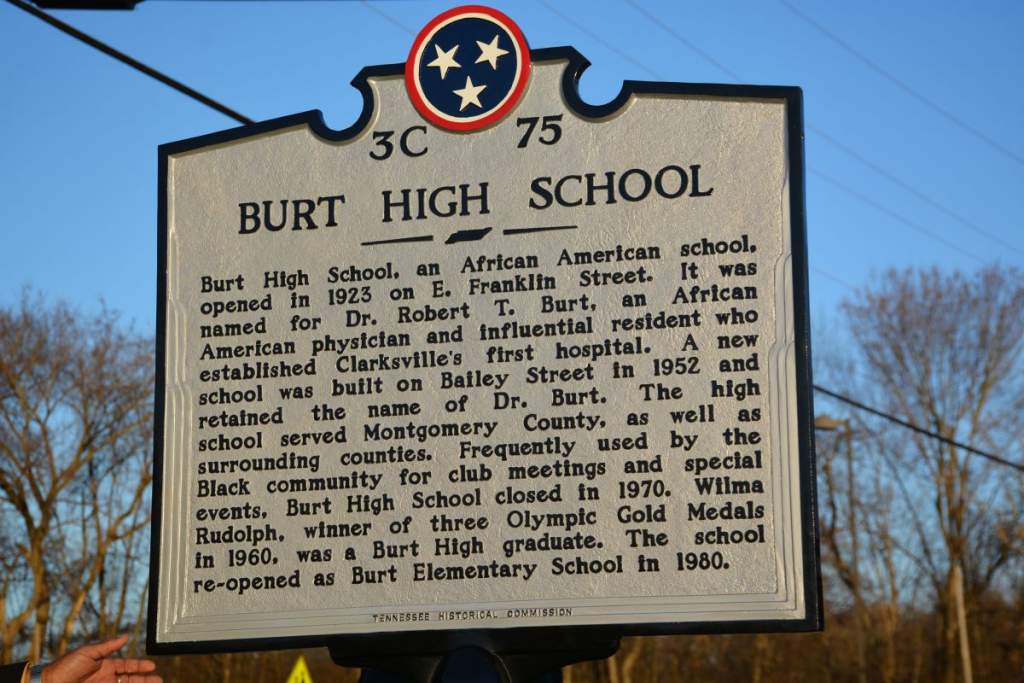 Collins is vice president of the new group. President Frederick Murphy told Clarksville Now that Montgomery County is just the start, and this will be a statewide effort.

“Clarksville is growing at such an expedient rate,” Murphy said. “In order for people to feel represented, you have to have this piece of inclusiveness that’s there.”

Murphy discovered through historical documents that his ancestors were sharecroppers, and that helped motivate his effort to start the group. “It’s rooted in educating and encouraging other individuals to also seek the same information from their families, so we can keep these narratives true and alive.”

Tracy Jepson, co-creator of the group, has been a historian for eight years in Tennessee, with a focus on social and cultural history.

“As a nation, and also Tennessee – the Southern region – I think we have some work to do. There’s a lot of resistance and denial about some of the darker parts of our history.

“We want to make sure that the African American history is represented, and this requires raising funds for markers and monuments. It requires the detailed research – going through the archives to make sure we get that history correct,” Jepson said.

Collins said that the cost of these historical markers has increased since last year, now costing about $1,500.

“I am so grateful to those that have donated for the markers,” Collins said. “Without them, we would have a challenge because we don’t have that kind of money.”

They have created a GoFundMe to raise the money, and they have reached over half of their goal as of March 23.

“It’s imperative that we are more inclusive,” Murphy said. “I think this will highlight the city’s commitment to its residents that we want to share a broader story of what our history looks like.”

For more on the Tennessee African American Historical Group, go to their website or email tnaaresearch@gmail.com.

Unlike Robinson, Wylie’s accomplishments with the Memphis Red Sox and Kansas City Monarchs — fewer, admittedly — were not officially recognized by MLB because he never reached the big leagues. While Robinson enjoyed a Hall of Fame career with the Brooklyn Dodgers, Wylie’s 5-12 record on the mound and 175.1 innings pitched remained segregated from big league record books.

Until Wednesday. MLB officially recognized the statistics and records of approximately 3,400 Negro League players whose skin color stopped them from having a shot at playing in Majors between 1920-48.

“It’s well overdue to recognize the people that played back in the day,” said local historian Jackie Collins.

In 2018, Wylie was honored in Clarksville with a historic marker on Second Street.

It’s official. My new documentary is officially available for rent or purchase. ALL support is welcomed. As an independent filmmaker you experience many challenges while creating, however the end result is always the cherry on top. Many sacrifices were made but well worth it. Please support and share with friends. Thanks for rocking with me through my first two film projects. The third one will be announced soon

VIMEO.COM
Watch The Other Side of the Coin: Race, Generations & Reconciliation Online | Vimeo On Demand
This film is a collection of experiences and thoughts addressing the complexities of race in America. The participants featured in our film represent a span of…

Tony Centonze
For The Leaf-Chronicle
February 8, 2020

A standing-room-only crowd heard a presentation about the Mount Olive Cemetery and the role of black soldiers in the Union Army during an event at Fort Defiance on Saturday.

Special guests at the event included Phyllis Smith, who provided historical information on the cemetery and the United States Colored Troops who served in Clarksville during the Civil War.

The 7.4-acre cemetery is overseen by the nonprofit, which was established in 2005, and is estimated to contain the remains of about 1,350 African Americans, the first of whom was buried there in 1817.

Sadly, less than 10% of the cemetery’s occupants have been identified, but Smith has been able to identify a few of them as African American soldiers who served in this area during the Civil War.

Nettie Thomas, dressed as Harriet Tubman, brought the room to absolute silence and then thunderous applause as she recited a famous Tubman speech from 1861 that ended with the words, “and it is on this land that we are going to be free.”